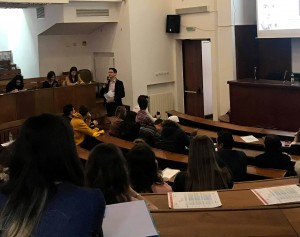 The Economy Film Festival is taking place at the University of Bucharest, Law School, Room Amfiteatru II, between 27th of March- 29th of March. I was invited there by the vice-rector, prof. Magdalena Platis, PhD, (Faculty of Business and Administration) to present the movie entitled “Money – A Confused User’s Guide”, and I suddenly realized that I am indeed a confused user when it comes to money.

It is very likely that I am a part of the 80% of the Romanians who do not speak or understand the language of bankers, who do not have a financial education and part of those 85% of the Romanians who do not have a saving plan or do not save money for retirement. Maybe because I do not trust the bank system. As you can see in the chart below (figures are from 2016-17), according to Standard & Poor’s Ratings, Romania occupies the place number 124 out of 143 countries when it comes to its citizens’ financial education. Most of us know almost everything about the money from our family (90%), and only 9% learn something about the financial system from school. 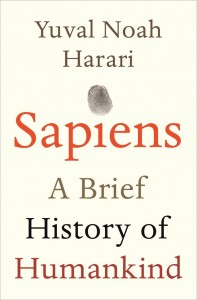 In his best-seller, “Sapiens: A Brief History of Humankind”, the anthropologist Yuval Noah Harari shows that we, the humans, are distinguished by our imagination and by the fact that we believe in things that cannot be seen: our values, our traditions, our religion, our culture keeps us together and help us to better organize ourselves. This explains how we became the dominant species on the planet. But, we do not share the same cultural or religious values, not all of us, Sapiens, believe in God, or if we believe in God we do not necessary believe in the same God: some believe in Christ, others in Allah, others in Buddha.

Others do not believe at all in a Supreme Force. But all the modern humans, no matter what culture or religion they belong to, all people on the planet believe in Money. Every man and every woman on Earth believe in Money, at least this is what Harari claims. Anyway, precious stones, gold coins or dollar bills have value only in our common imagination, Harari points out. Even people who do not believe in the same God or obey the same political or religious power are more than willing to use the same money. Osama bin-Laden himself (Harari underlines in a speech), even if he hated the American culture, the American religion, or the American politics, he was very in love with American dollars. 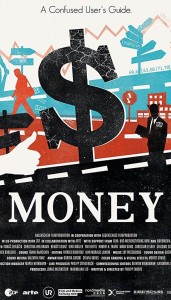 The movie “Money – A Confused User’s Guide” describes the history of the money using interviews with economists, sociologists, philosophers, bankers, activists and common people affected by the 2008 financial crises and presents some arguments about the fundamental grounds of our strong beliefs in this almighty God, called Money. It is a documentary made by Philipp Enders. The director of the movie, Enders, a young man, born in 1980 in Stuttgart is actually performing the main character of the film, although it is obvious that in fact the money and the entire financial system are the main characters of the movie.

Here is the program of the film festival.